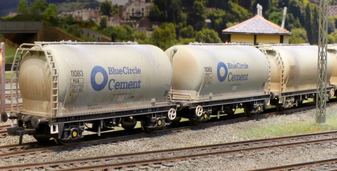 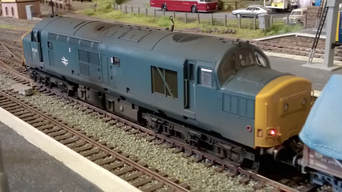 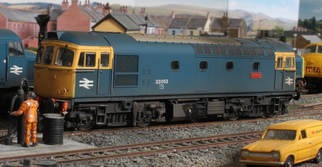 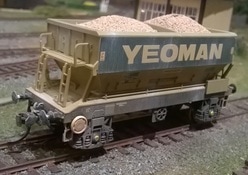 Nov 2016.
Detailing and weathering
​of a Yeomans PGA wagon. 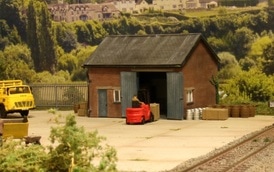 30Mar2016
A store shed
has been scratch built
painted and weathered 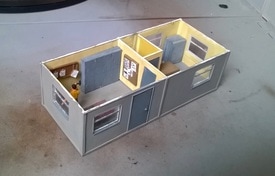 21Feb2016
A prefab for the workers is nearing
completion. A bit worried about the
​ guy with the hammer! 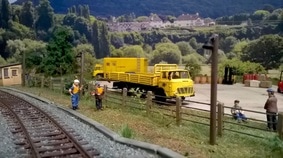 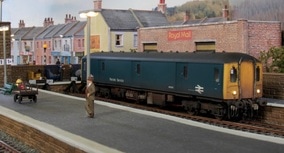 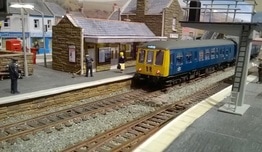 29Nov2015
A bit of weathering with powders for a change
18Nov2015. A couple more locos weathered 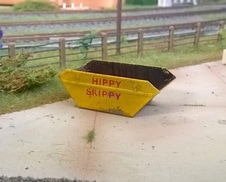 29Oct2015
Progress being made on the yard area. Skip made from a brass etching completed including lettering and weathering. 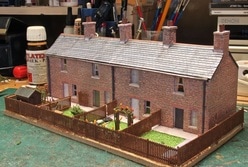 23Feb2015
Building a Scalscenes row of railway cottages and gardens. 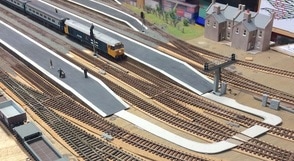 31Jan2015
A month spent mainly on the signalling. The signals for the Up end are now complete including the automation for the Up line.

27Nov2014
Working on a footbridge for the platform using Dapol kits and Wills coarse stone plastic. 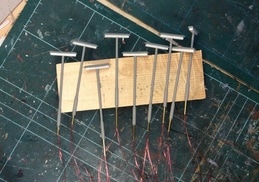 Nov 2014
Rebuilding the main station building using a Scalescenes medium station building and constructing the outer walls from Wills coarse stone plastic.
Extra lights have been added to the shops.

Oct 2014
Constructing street lights using warm white 0805 SMD LEDs and aluminium tubing.
Completed signalling of the down end of the station for both the main and the branch line and added master signalling switches to give very simple overrides for shunting and branch line control.
Realigned the track by platform 5 after an incident when a Bachmann class 08 caught the lip on the platform breaking the 08s crank. 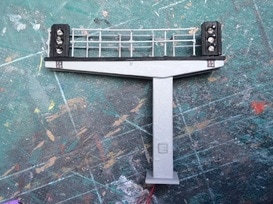 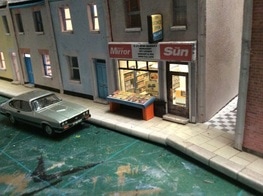 Building light testing on the work bench at the end of constructing another terrace. 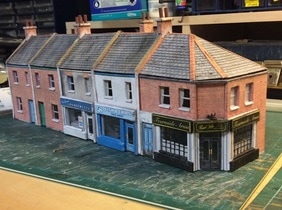 May 2014
Started building the highstreet using Scalescenes models. Lights have also been added 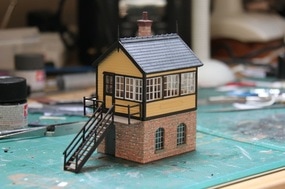 Feb 2014
Built a Ratio signal box replacing the base with Scalescenes brick paper. Detailed the interior and added a light and signalman. 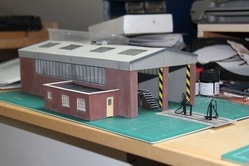 Sep 2013
Scratch built loco depot built from plasticard based on the shed that was at Buxton. 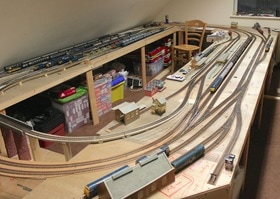 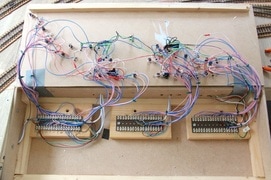 Jun 2013
Main control panel taking shape and most of the internal wiring completed. 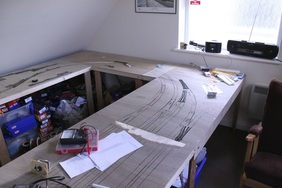